skip to main | skip to sidebar

Pick the Gridlock in Washington

Sarah Palin: The Dark Side of Cute

In a recent opinion piece from the Orlando Sentinal, “With Palin, it’s all about the messenger, not the message” writer Kathleen Parker explores the “genius” of Sarah Palin’s “…jaw-juttingly patriotic and estrogen rich, not to mention cute as a button…” approach. Lo and behold, a phrase I thought of long ago has finally come to pass. Sarah Palin personifies “The dark side of cute!” 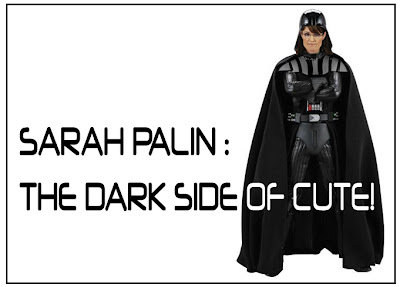 Posted by Mason Williams at 3:48 PM No comments: 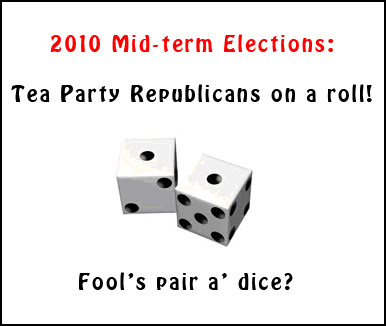 Posted by Mason Williams at 2:26 PM No comments:

Are you smart enough to vote?
Be advised, some of the dumbest people are.
Posted by Mason Williams at 2:05 PM No comments:

The tragedy of the Gulf Oil Spill reminded me of this political cartoon by Martin Kozlowski that I had saved from over twenty years ago, so I’m passing it along. I think that America needs an oil change! Isn’t it time for an intervention? 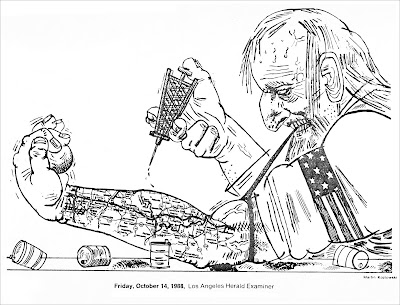 More on Doing it with Duets

After seeing the Cass Elliot and Andy Williams video, I realize that we tagged Words/Words of Love with You’ve Got Your Troubles, I’ve got Mine. So that was a triple-play!

I should acknowledge how much both Andy and Cass contributed to the success of the piece. It was fairly complex arrangement, but they made it seem effortless. They worked very hard on it as both singers and actors to pull it off so well. They did it in one-take with no edit!

Another quodlibet (two songs at the same time) arrangement that Allan Blye and I worked up for The Smothers Brothers Comedy Hour was a trio number involving Tom & Dick and Mickey Rooney. Tom wanted to sing Side by Side and Dick wanted to sing You’re Just in Love (I hear music and there’s no one there) and Mickey was torn between two Smothers! The collision of lyric from the two songs was pretty funny. For example, I remember “We ain’t got a barrel of... music… …and there’s no one there” and then “I smell… …ragged and funny.”

I also forgot to mention how important my arranger and close friend, Denny Vaughan, was to figuring out all of these tricky combos of songs. He was a master!
Posted by Mason Williams at 4:51 PM 24 comments:

An oil spill souvenir:
Every person on the Gulf Coast should get a
Harry Trumanesque sign for their desk that says,